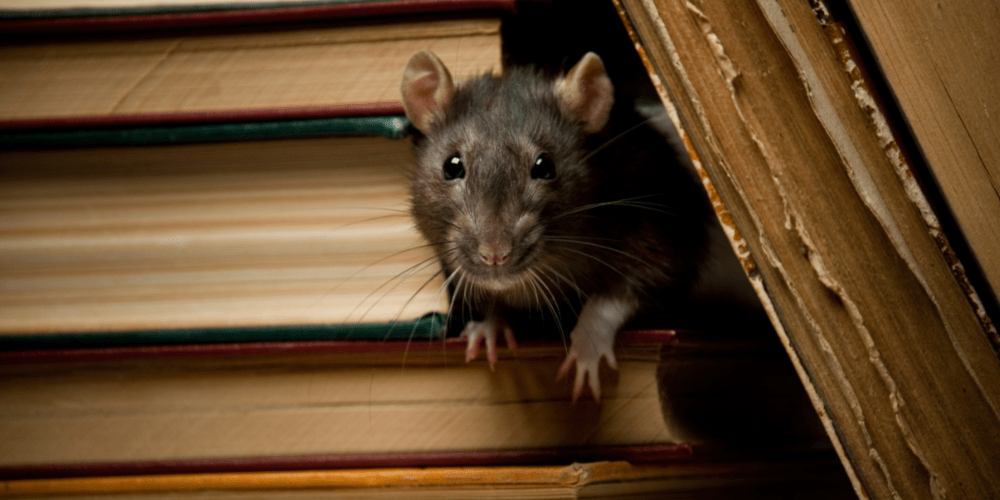 Rats are some of the most troublesome and damaging rodents in the world.

They eat and contaminate food, damage structures and property, and transmit parasites and diseases to other animals and humans.

Rats live and thrive in a wide variety of climates and conditions and are often found in and around homes and other buildings, on farms, and in gardens and open fields.

Trapping is the safest and most effective method for controlling rats in and around homes, garages, and other structures. Because snap traps can be used over and over, trapping is less costly than poison baits but more labor intensive. Traps can be set and left indefinitely in areas such as attics where rats have been a problem in the past. Snap traps with large plastic treadles are especially effective, but finding the best locations to set traps is often more important than what type of trap is used. Generally, young rats can’t be trapped until they are about a month old, which is when they leave the nest to venture out for food.

The best places to set traps are in secluded areas where rats are likely to travel and seek shelter. Droppings, gnawings, and damage indicate the presence of rodents, and areas where such evidence is found usually are the best places to set traps, especially when these areas are located between their shelter and food sources. Place traps in natural travel ways, such as along walls, so the rodents will pass directly over the trigger of the trap.

set traps close to walls, behind objects, in dark corners, and in places where rat signs, such as droppings, have been seen. Position traps along a wall so that they extend from the wall at right angles, with the trigger end nearly touching the wall. If traps are set parallel to the wall, they should be set in pairs to intercept rodents traveling from either direction.

the best places for traps are off the ground in locations where rats might be coming down from their nests to find food—such as on ledges, shelves, branches, fences, pipes, or overhead beams—where they can be fastened with screws or wire. In homes, the attic and garage rafters close to the infestation are good trapping sites. In areas where children, pets, or birds might contact traps, place the trap in a box or use a barrier to keep them away.

Glue traps, which work on the same principle as flypaper, aren’t recommended for controlling rats, as they are much less effective for rats than for mice. A major drawback with glue boards and other live-catch traps is the trapped rat might not die quickly, and you will need to kill it by delivering a sharp blow to the base of the skull using a sturdy rod or stick. Rats caught in glue traps can struggle for quite some time, often dragging the trap as they try to escape.

While trapping is generally recommended for controlling rats indoors, when the number of rats around a building is high, you might need to use baits to achieve adequate control, especially if there is a continuous reinfestation from surrounding areas. If this is the case, consider hiring a licensed pest control applicator who is trained to use rodenticides safely.

Baits to control rodents are formulated with an attractant (generally food) and a rodenticide, those baits are placed in a tamper-resistant rodent bait stations to keep children, pets and non-target animals away from poison rodent bait.

All rodenticide baits must be used carefully according to the label directions, which have become more specific and more restrictive. Some baits must be contained within bait stations for all outdoor, above-ground applications.

In addition to increasing the safety of the bait and keeping the rodent bait stations pet friendly, bait stations also help the rats feel secure while feeding. Place all bait stations in rat travel ways or near their burrows and harborage. Don’t expect rats to go out of their way to find the bait. For Norway rats, place bait stations near rodent burrows or suspected nest sites, against walls, or along travel routes. For roof rats, place baits in elevated locations, such as in the crotch of a tree, on top of a fence, or high in a vine. If you place bait stations above ground level, take care that they are securely fastened and won’t fall to the ground where children or pets could find them. Because rats often are suspicious of new or unfamiliar objects, it might take several days for them to enter and feed in bait stations.